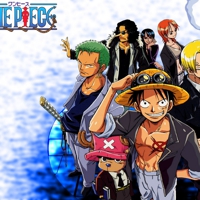 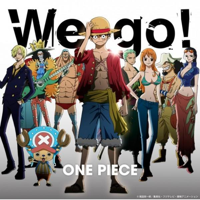 There once was a man named Gold Rodger, a pirate, and he was given the glorious title: ‘King of the Pirates’ for possessing the legendary treasure, One Piece. He had fame, fortune, and power, until one day, he caught and brought to the execution tower to be executed. These were his last words, “My fortune is yours for the taking, but you have to find it first. I left everything I owned in One Piece”.

From that day on, pirates from all around the world sailed to the Grand Line in search of One Piece the treasure that would make their dreams of fame and fortune come true. But no one has ever found the location of Gold Roger’s treasure, and the Grand Line is too dangerous of a place to overcome as they were just pirates without any special skills.

22 years after Gold Rodger’s death, a boy named Monkey D. Luffy wanted to give a shot at finding the legendary treasure as he had the vision of becoming the King of Pirates ever since he was a little boy. With inspiration of his idol, the deceased Gold Rodger, and the help of from his role-model, ‘Shanks’ of the Red Hair Pirates, Luffy sets out and finds a crack team of special people to help him on his arduous quest.

One Piece is a manga series written by Eiichiro Oda that began its serialization in the popular Weekly Shounen Jump magazine in July of 1997. Over the years of the manga publication, it has run alongside many of the magazine’s top series including Hunter x Hunter, Naruto, and Bleach. The series itself has also garnered a large audience making One Piece one of the most successful and most respected series to date.

In 1999, the manga series received an anime adaptation produced by Toei Animation. By episode 207, the anime adaptation underwent changes shifting to high definition and utilizing digital animation rather than the hand drawn scenes that were previously featured in the series. Aside from the anime series, multiply films have been made for the series.