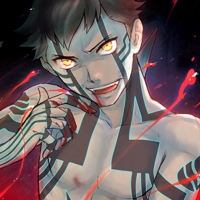 Male
Available
Likes: Females
Last online about 2 months ago
England, United Kingdom
Activity
About
Pictures
First thing you need to know about me is that I'm not politically correct. I'm not interested in social justice, or being preached at for what I should and shouldn't believe in, who I should or shouldn't vote for, or getting bitched at for being white (which, let's admit it, is literally racist on your part) or pretend Black Lives Matter isn't a long-since hijacked movement that now exists as a front for spineless cowards to assault and steal from innocent people. If any of that bothers you, then we're not going to get along. Save us both a lot of time and move along. Now that that's out of the way...

My hobbies include gaming (selective), watching anime (even more selective), hanging out with what little circle of friends I have, being cynical and disinterested about most things in life, pawgs, and finding ways to not be depressed. If there's anything else you want to know, then talk to me. I'm not as scary as my profile makes me out to be, I just use it to filter the bad actors out.

I'm also a Scorpio, for those interested in that sort of thing. So yes, due to scorpio being a water sign (water being the best element of them all objectively) I am in fact studying hydromancy in my spare time. I know it's obvious at this point, but just thought I'd clear the air.

I miss cosplaying at conventions.

If you want my Discord, let me know.