He is My Master [TV] 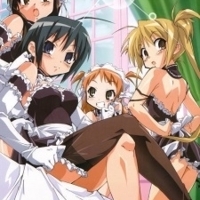 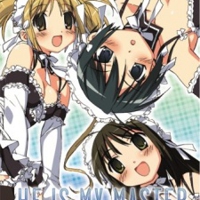 Yoshitaka Nakabayashi, a 14-year-old millionaire who got this huge inheritance after his parents died in an accident, found himself needed to be taken care of and tried to hire live-in maids to do the job. Two runaway girls, Izumi Sawatari and her younger sister Mitsuki, stumped into Nakabayashi’s mansion and got hired by Yoshitaka immediately, for Yoshitaka is not only a rich boy but also a pervert with uniform fetishes, who wants to be addressed as goshujin-sama (master). Having nowhere else to settle down along with Mitsuki’s pet alligator Pochi, Izumi accepted the job reluctantly. (Source: ANN)