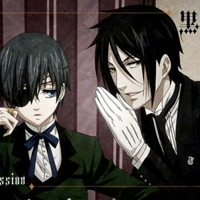 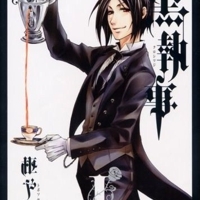 Thee story of Black Butler follows one wealthy young aristocrat, Ciel Phantomhive, and his demond butler Sebastian, who is known as One Hell of a Butler. Just a stone’s throw away from London lies the manor house of the illustrious Phantomhive earldom and its young master, Ciel Phantomhive. On the night of Ciel Phantomhive’s tenth birthday, a fire engulfed his manor. The boy was missing for a month before returning with a mysterious black clad butler, Sebastian Michaelis. To others, it seems that the butler is simply the best at his craft, from anticipating his young master’s needs to carrying them out to the best of his abilities. Little do they know, the servant is actually a demon that had entered into a contract with Ciel, promising the boy to help him achieve revenge on the arsonists in exchange for his soul. Sebastian Michaelis, an exceptionally loyal butler, is ever at Ciel’s side, ready to carry out his young master’s wishes, and serving as a butler for the time being. As the Queen’s guard dog and standing at the top of the British underworld, the young Ciel must face many difficulties along the way. Black Butler is set in the Victorian era, and carries with it the typical eloquence of its time.