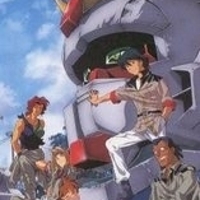 Universal Century 0079. The One Year War has raged on for almost nine months. Now, the Federation is ready to strike back with its own mobile suits. Young Shiro Amada is en route to Earth to take command of a ground unit of Gundams fighting in the jungles of Southeast Asia.
After being stranded in space with one of the enemy, Shiro is rescued and claims command. But no sooner does he arrive than his team is given their marching orders. With barely time for introductions, the 08th MS team heads into battle.