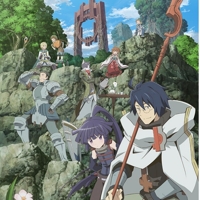 By its eleventh expansion pack, the massively multiplayer online role-playing game (MMORPG) Elder Tale has become a global success, having a following of millions of players. However, during the release of its twelfth expansion pack: Novasphere Pioneers, thirty thousand Japanese gamers who are all logged on at the time of the update, suddenly find themselves transported inside the game world and donning their in-game avatars. In the midst of the event, a socially awkward gamer called Shiroe along with his friends Naotsugu and Akatsuki form a guild called Log Horizon so that they may face this world which has now become their reality along with the challenges which lie ahead.