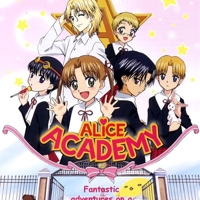 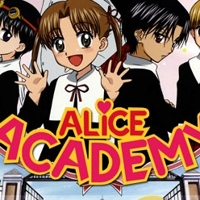 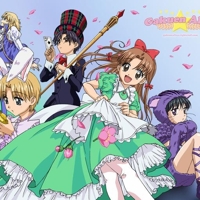 The story takes places within a faraway country side in Japan where 10-year-old, Sakura Mikan, resides with her grandfather. Mikan grew up and was raised by her grandfather all alone and goes to a local elementary school in the neighbourhood. One day, she meets a very peculiar transfer student named Imai Hotaru. Hotaru is a very intelligent girl with an odd obsession for building and inventing machines that are quite extraordinary although she somewhat cold hearted, aloof and uninterested in things other than nanotechnology.

Odd as it seems, the two of them became best friends despite their differences. Even though sometimes they argue about it and Hotaru would always win and call her in some nicknames ‘’ugly’’ and ‘’idiot’’
One day, it was decided that their school will be closed down because of financial problems. Devastated, Mikan and her grandfather tried everything they had to protect the school. Mikan influences her peers but sadly none of them were enthusiastic enough to join her even her bestfriend.

She tells Hotaru how important the school is to her and the memories she made with her friends. After a week, Mikan was called by her other friends telling that Hotaru’s mom is talking to the principal. It was rumoured that Hotaru is one of those with ‘’Alices’’
After a few minutes Hotaru’s turtle mail reached Mikan. (Turtle Mail is one of Hotaru’s inventions) It is said to deliver any message 1 week after being used to send it to the recipient.

After Mikan read it, she rushed over to Hotaru and asked for an explanation. Hotaru didn’t explain much and just left her there and Hotaru’s mother took over. She said that Hotaru didn’t want to transfer but she had to so she can save the school Mikan loved so much. Hotaru will be transferring to Alice Academy, a prestigious school for gifted students with unique supernatural abilities depending on an individual.

When Hotaru was about to go, she wiped off Mikan’s tears and told her s