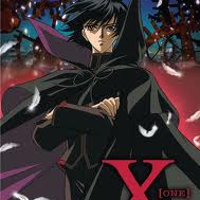 In 1999, a teenager named Kamui Shir? returns to Tokyo after a six-year absence. He comes to protect those dearest to him, Kotori and F?ma Monou, and fulfill his mother’s dying wish of changing fate The end of the world is fast approaching as superhuman individuals gather and take sides in Tokyo, the battle site of Armageddon. Following Kamui’s arrival the Dragons of Heaven and the Dragons of Earth, the two factions in the final battle for humanity’s future, vie for the young man’s allegiance, convinced his power will assure their victory. The Dragons of Heaven are the first to contact Kamui. The Dragons of Heaven are guided by Hinoto, dreamgazer for the Legislature of Japan. They are the protectors of the kekkai, spiritual barriers (in the form of buildings such as the Tokyo Tower) that hold the fabric of nature together. As long as the kekkai survive, Judgment Day is postponed. The Dragons of Earth are the counterpart to the Dragons of Heaven. Their mission is to destroy the kekkai and unleash earthquakes so the Earth can be cured of the plague of humanity. They were assembled by Hinoto’s sister Kanoe, secretary to the Governor of Tokyo. As Kamui is forced to choose between the two sides, he concludes he only wants to protect Kotori and F?ma, and becomes a Dragon of Heaven. At the same time, F?ma has a change of personality and becomes the “Kamui” of the Dragons of Earth as he was destined to be Kamui’s opposite. F?ma kills Kotori and swears to kill Kamui. Deciding he wishes to bring F?ma back to normal, Kamui joins the Dragons of Heaven in their fight against the Dragons of Earth. Because of the issues regarding the manga’s serialization, the plot from the series has yet to be concluded by Clamp. The animated films and the TV series follow the manga’s initial story and come to two different endings. In the film all the Dragons of Heaven and Earth die in the ensuing battles, leaving Kamui and F?ma as the last Dragons. In the final battle, Kamui decapitates F?ma and

Amazon
Anime Rating
8.2/10
319 users added this.
Similar in these categories.