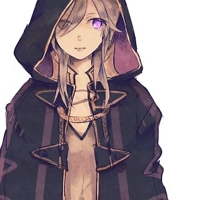 Male
Last online about 1 year ago
Australia
Activity
About
Pictures
More ▼
141
Friends 68
Anime 0
Cons 0
Awards
Hi, I'm Lion. It's a nickname I've had since high school, and I respond to it as readily as my birth name.

~Looking for anyone who plays Overwatch~

I came here because I don't really have that many people I can discuss anime with. Even my friends who like anime aren't interested in my favourite ones, those being moe slice of life, mainly. Now that I'm single, I guess I'm open to a relationship, but I'm mostly still looking for friends at this point.

I also like video games. I play a bit of everything, I guess. Most of my time used to go in to Super Smash Bros. Project M and Melee, but I've mostly been playing Overwatch recently. Normally, I have one game that I play on PC, one on 3DS and a few that I play, normally co-op with my sister, on Wii U, PC or PS3/4.

Anyway, I think that's enough from me for now. Thanks for reading this; it's probably a bit longer than it should be. I look forward to hearing from you.
Favorite Anime