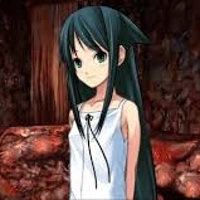 Im sorry that I have unique taste on anime, so different with yours

I think there are so many different kinds of Anime that just watching Anime does not mean we are having the same taste.

I came in because I wanted to talk to someone who has the same taste as me.

Belows are my favorite animes :

And my favorite character is :


All of this character is sadistic and smart....


Belows are my so-so list(not that good but not that bad) :

Belows are my bad list :
(Below animes was not matched for me)

I dont see bang dream or love-live.. Like similar things, but i like yuri cartoons based on it.

I can travel abroad if we become close friend, although there are pandemic occurs now

Im sorry my english can be poor and some of grammar can be awkwared and awkward expression can show on my sentence because im not good at english, and most north-east asian(japan,china,korea) don't use english.

If you are okay, please add me
discord : PlantOnAntiartic#4143
line : magicka1
kakaotalk : watchofficer

*i misspelled my id before, now i changed my id
Favorite Anime