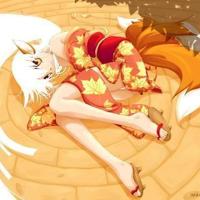 I'm doing pretty good, how have you been?

If you don't hear from me, it's cause my phone service is acting up.

IN THE HEAD?! NEVER!!!! o.o other than that yes yes i do feel better XD 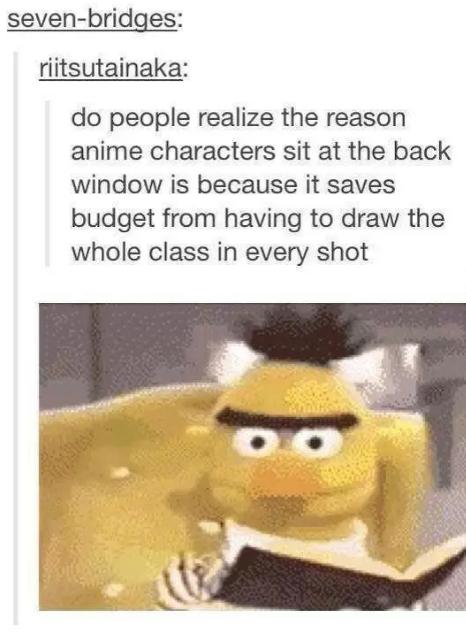 I don't know why I never figured that out! 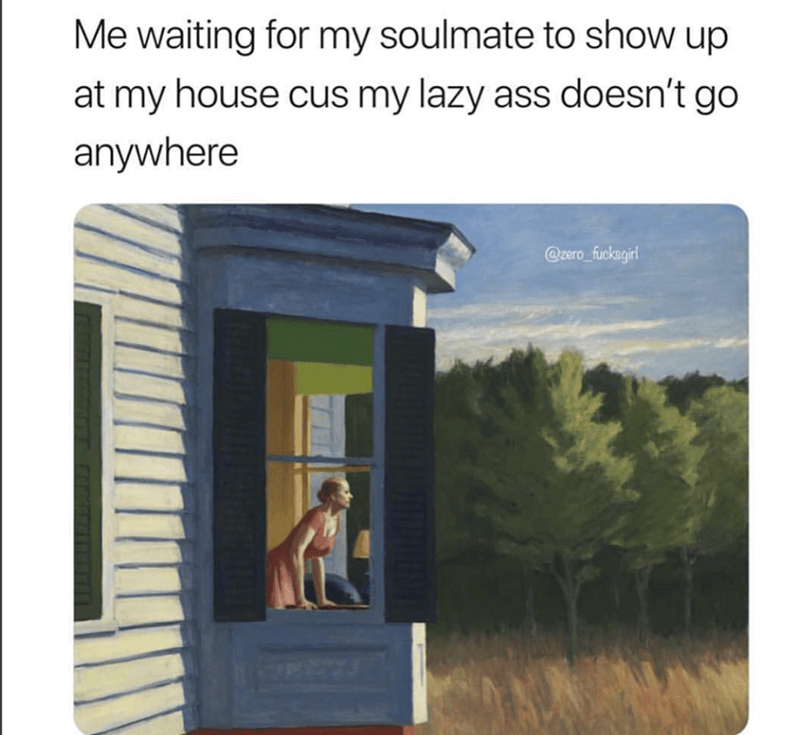 This is too true in my case X)

Yea, that makes sense. Really a douche move though. People aren't really patient most if the time. I think it's just natural for people to want convenience and speed now. A lot of people don't do certain things just because it might take longer even if the payoff ends up better in the long run. But yea, negative experiences with people have kinda gotten me where I'm at now. Just kinda makes me wanna be an outlier and maybe provide a better experience to people so maybe they'll end up doing the same in return.

Cowboy Bebop was just an all around awesome show. Characters were great, soundtrack was great, and it had a really chill kind of feel to it. Spike and Jets interactions were great throughout the show and Ed was quirky and refreshing.

I think it can definitely get in the way. Sometimes you just get comfortable playing certain things and it can get harder to switch back into the mindset you need for writing. It's just easy to get comfortable with something that's already there and been established for a long time, plus if it's something you've been covering for a long time, it's typically really comfortable and hard to get away from. I think sad music is just really easy to relate to tbh. People have all kinds of things going on in their lives but it's typically the bad things that stand out the most. Just makes sad songs more relatable on an emotional level. I find myself often cracking an ironic smile during some of the sad songs because it's like, oh I can relate to that, haha.

I dunno, really. It always sucks when a relationship ends. You lose someone close to you and you have to learn to cope with that loss. I guess I can't say that it doesn't suck but I try not to dwell on negative things too often anymore. There's just been too many times where I dwell on bad things and it causes things to go south. Almost 100% of the time I make a mistake it's because I was thinking about what happened or what could happen. I just think it's key to focus in the moment in front of you instead of the what's happened or what might happen.

Yea, life's too short to not just go for it sometimes. Even if somebody thinks that what I'm doing might be silly if I'm having fun I'd say it's still a positive. I can to an extent, haha. I took some ballroom lessons a while back and most of it has stuck with me. I'm not really a clubning kind of guy or anything but I've been to formal things and masqurades and have danced in those. Never really been afraid to hop in a mosh pit at a concert, either.

Pineapples are just too good. You can eat it fresh, grill it, use it as a good mixer, etc. It's just good in so many different ways. I understand on the bacon thing though, it's just so easy to pick up and eat by itself and honestly who doesn't like bacon? Peppers and onions are really my biggest go to for seasoning but occasionally mushrooms can be good. Mushroom gravy just works so well with a lot of red meats. As far as veggies go I have a fondness of cabbage, field peas, and maybe green beans or butter beans. I fix a lot of corn and other things as well. So many fields around it's really easy to come by down here.

Classic rock is probably what I've listened to more than any other style or genre. It's just so easy to get into and what's not to like about bands like Journey, Queen, Styx, Boston, etc. The stuff is just so catchy and easy to get into. If I had to pick a song that teally stands out when I first think about it maybe open arms, by Journey. Bohemian Rhapsody should be a song that everyone learns, honestly. It's just a piece that has so many different things going for it and it's awesome in so many ways. It's def realaxing, haha. I can play music as loud as I want and there's no one to complain about it. Plenty of room for dogs to run around and not worry about traffic as well.

Ah, that's no good. Sucks that someone ran off with it. Those kind of people suck. Yea, for sure. I dunno why people that insist on teaching get upset about things. Different people acclimate to things at different speeds. Encouraging words always help more than frustration and disappointment imo. Just constant positive reinforcement. Keep pushing everybody to go forward even when they make mistakes. Mistakes are just more opportunities for learning-not something to get frsutrated over.

Multiple times, haha. When it was acting and I have the box set and soundtrack. Tank was my ringtone for a long time. The writing can be hard just like anything else. Sometimes I hit walls and it takes a lot more time to get something done. That's ok though because the more effort pit in the better it feels when finished. At the end if the day though, I'm getting payed to play things that someone else wrote so even if I kind of falter with writing and creativity I can still get by. Yea, sad isn't a good feeling for the most part. I gotta admit that I do have a fondness for sad songs, just a lotta beauty in sad songs. Mash up are really interesting when done well. A lot of the time it's nice to hear something different. Eh, it happens. People change, they grow apart, and sometimes things just end. Kinda the way life works. It's unfortunate at times but at the end of the day it gives me a chance at something better and more complete.

I'll give it a listen. I'll cast the video here in a little bit and check it out on my TV. Sometimes it's just about getting out there and doing it anyway. If you wanna dance, dance. Have fun. It's not always about whether you can or can't do it well, sometimes you just wanna do it and you should never deprive yourself of that. If you are enjoying yourself, that's really what matters.

They are pretty good. Pineapple also adds a good taste to chicken if you crush it and let it marinade with some BBQ sauce and some other things. Wrapping chicken in bacon and rolling it in a mix of brown sugar and chili powder is really good too. Otherwise I use a lot of peppers, mushrooms, onions, and some different seasoning salts. Soy, teriyaki, etc. I catch myself singing along to pretty much anything queen, journey, or most classic rock, haha. There have been a few times where friends just recorded me singing the while songs. Bohemian Rhapsody is a must sing tho, def right about that.

Yea, decoration is def hard. Like I'm not bad with a pencil but me trying to decorate a cake would end in complete disaster. So props to you for being able to decorate and enjoy that, its no easy feat. There's def not a big variety of places that do different kinds of baked goods. It's mostly just cakes. Not really anywhere that does a variety of cheesecakes or other things. Still, not a bad place. There's peace and quiet and that can be priceless at times.

Yea, super busy here lately. Been running around a lot and driving way too much. I actually have 4, haha. 3 golden retrievers and a lab. They are good dogs and it's always nice to get swarmed when I get home, lol. Dog hair can be a real problem though, haha. I've seen things about that, I'll def have to check it out. I may have seen the movie but kind of uncertain. Hope you have a good weekend and plenty of time to enjoy yourself.