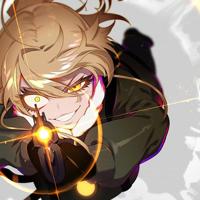 Hi would love to chat with you.

You have a very good taste in anime, I see.

"I see you are a man of culture as well" - I nearly cried from the laughter you caused from this XXD. Aslo seeing Tanya/or a tanya like character in different eras would be cool to see especially in an era with different classes E.g. Nobles and peasants. XXD i also meant Ainz would kill the studio staff, XXD he'd probably respect Tanya a little it terms of power and leadership skills/command. Are you watching any other currently airing shows?

XXD when you wished you had a spare Delorean to get an alibi. I know right, why it take so long give me MORE i need to see "Evil" Loli kicking ass and not bothering to take names XD. I think if we sent Ainz we defiantly wouldn't get any more Tanya XD

I almost looked away when Sebas was ordered to kill her as i knew he would have to as he is loyal to Ainz and i thought "I cant bear to watch this" as he killed a sweet girl he help get back on her feet. I was so happy when she was allowed to stay with him and even got a job in Nazarick. She even made a move on Sebas and Sabas's reaction when the head maid was like "so she is only working until she marries" XD. "And to be honest when the whole season finishes I'm going to rewatch it in one go. I seriously can't wait either XD" - This is also me :3

Yea Tanya is a very good character to represent human characteristics. Couldn't agree more she wants to be safe but at the same time has alot of pride and cant help but follow rules and commands. Shes very intelligent and lime you i love to see how she will make a situation go how she needs it too. As only the one true Loli can overcome the impostor that is Being X XXD. Loli Religion FTW XD (FBI bursts in room XD)

Yea that procession was insane talk about taking ruling to the max, he made sure too use all his power of command as a Overlord to make everyone feels so low conpaired to him. I was scared for Sebas when he saved Tuare and had Solution told Ainz he was a traitor. oh and where he tested him by telling him to kill her and he went to and was blocked i was like Nooooo. Yea i like to see how much he really cares for them and how important they are to him, not just as subjects but also like family almost. I defiantly cant wait for the next Episode.

Also i agree Protagonists arnt always good guys, take Tanya for example, she/he dosnt care for much about anything except trying to get in a good enough position of power to have a comfy life style and piss off God XD

Couldn't agree more too any of this. yea Ainz has always done what he needs to and it all goes to spreading his name and his power. yea i also think your spot on with the Arche business. Yea id love to see the guardians do more stuff. i really enjoyed when Ainz gave Cocytus a test/chance to prove his power and skills. Oh his face made me laugh so hard cause he's just another cocky shit and deserves a good power smack.

Have I. Episode 8 is the amazing. How to deal with theifs 101 and the official dont *uck with Ainz Episode XXD. Cant wait to see him mess them up especially when you saw their faces when the Dark Twins killed their men XD I felt bad for Arche but i guess it cant be helped as its not like Ainz knew her or her situation plus she was trying to steal from him #RIP And Shalltears reaction to him taking of his clothes XD