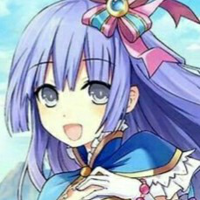 35 year old Male
Single
Likes: Females
Last online 6 months ago
Morrison, TN
Activity
About
Pictures
I'm a 34 year old who lives in the countryside. I love anime and watch a good 5-7 series per season, and am a mostly retired JRPG gamer that still picks up the occasional title. At my age I'm not interested in the multi-year dating thing, and would like to settle down and get married soon.

I think shared hobbies are a very important thing, and would love to have a girlfriend and best friend to watch anime and play videogames with (the latter being more optional). I highly value intimacy in a relationship, and have always been attracted to hopeless romantics. I want someone to spoil.

The only two non-negotiable points I can think of would be...

- Doesn't want kids. I don't have any interest in having any, and would much rather just things be between me and my wife.

- Is okay with living in the countryside. I love my home and don't have any intention at all of moving.

I would also like to retire early - as in, no later than age 50 or so - and am saving up so that I can do so. I own my car and my home in cash, so it shouldn't be too difficult when my only expenses are utilities and groceries. I've saved up quite a bit using my investment account, and I don't think there's any reason I can't have more than a million dollars saved up in a couple of decades given how lax my financial situation is.

Something that I should be upfront about, though - I'm a deeply introverted person with some social anxiety issues. Once I'm with someone, I'm all-in on the relationship, but I do prefer to just casually talk as friends for a while before the relationship begins advancing. That way I can become comfortable with the other person. The ideal kind of relationship development for me would be just talking to someone casually but frequently as friends for several months, that way I can grow used to them and feel comfortable with having them as part of my daily life before any kind of relationship upgrades start happening.

Oh, and I almost always score INFJ on MBTI tests, for anyone who knows or cares about Myer-Briggs.
71 Friends 129 Anime
Favorite Anime