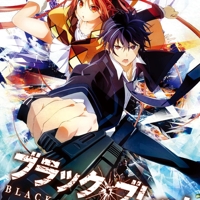 In the year 2021, mankind was defeated by Gastrea, a parasitical virus, and is forced to live within a wall made of Varanium Monoliths, a metal that is able to subdue Gastrea. Soon, the “Cursed Children”, children born with the Gastrea virus who are able to control it—which gives them superhuman abilities—were discovered. Due to the Gastrea virus’ intervention, the Cursed Children could only be female. Civil Securities are formed to specialize in fighting against Gastrea, operating with the pair of an Initiator, who are cursed children, and a Promoter, serving to lead the cursed children.