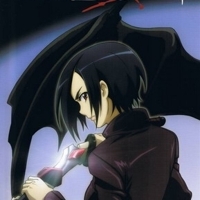 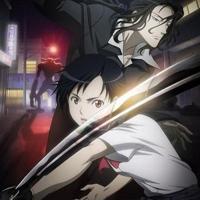 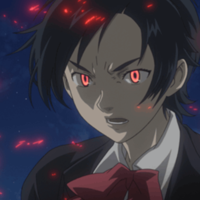 In a strange time there is a war that never stops – inn world where flesh-eating monsters are roaming the streets, only one organization has the means to save the world from the Chiropterans and total destruction: Red Shield. These Chiropterans can change their form and disguise as human beings, but they are not. They are immortal creatures that feed off blood. Red Shield is a specially-organized group designed to fight these monsters. They have been fighting to exterminate this pestilence, and the struggle has now evolved into something of a much bigger scale.

The only weapon that can destroy these monsters: Saya. Otonashi Saya is a high-school girl living peacefully with her family – with one exception: she has no memory of her life except for the past year. One day, a startling event causes her happy life to shatter into pieces. Awakened from a 30-year sleep, Saya is thrust into a modern world which she has no memories of, and is troubled by a past filled only with bloodshed and sadness. With the undying love and support of her family and friends, she struggles to gain the strength to move forward and regain the pieces of her shattered memories.