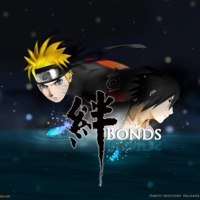 A mysterious group of ninja called the Sora from the Sky Country makes a surprise attack on Konoha for vengeance due to Konoha nearly destroying the Sky Country during the last Shinobi World War. At the same time Naruto, Sakura, and Hinata are sent along to help a boy’s village. They accompany Amaru, the boy, and Shinn?, his sensei, back to the village. Later Naruto notices that Amaru is in fact a female due to her falling into the water for her scapel.
Meanwhile at Konoha, the Sora-nin retreat with their dwindling chakra supply. Tsunade sends another special team consisting of Kakashi, Shikamaru, Sai and Shino to look for their base and later on as the movie progresses Sai and Shino successfully destroy the ships which the sky ninja are stationed and thus leaving Konoha (the leaf village) victorious.
At Orochimaru’s lair, Orochimaru is now ill because the body transfer jutsu he uses is close to expiration. Orochimaru orders Sasuke to get a man who is able to help him perfect his reincarnation jutsu. Naruto and company reach Amaru’s village and finds the village in ruins and its inhabitants missing. Amaru triggers a trap while searching for the villagers but Shinn? protects her and dies in the process. After Amaru comes to her senses they continue to look for villagers.
Later on Hinata becomes separated from Sakura and Naruto. Naruto and Sakura later find themselves in front of an evil monster called Zero Tails, a being that feeds on the darkness of human souls and had somehow possessed Amaru. Sakura proves to be no match for the beast; the creature senses that Naruto has a huge dark energy/power inside of him so it taunts Naruto and tries to make him use that power causing him to take on the Nine Tailed Fox chakra and, eventually, goes into four-tails state. The present Sakura gave Naruto from Jiraiya contained a seal, which suppressed the Nine Tailed Fox chakra, allowing Naruto to take over. Naruto tells Amaru to ignore the darkness in her heart which finally re