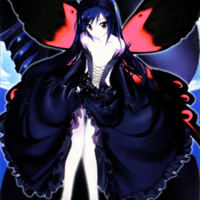 In the year 2046, Neuro-synchronization, a technology system that allows humans to manipulate their five senses, has become widespread where people can access the internet and enter virtual worlds. Haruyuki “Haru” Arita is a short, fat boy who due to constant bullying has low-self esteem. To escape the torment of real life, he logs-in to the school’s virtual world network where he plays squash alone and always gets the highest score.

One day Haru attracts the attention of the Student Council Vice-President Kuroyukihime who offers him Brain Burst, a secret program which allows a person to make time appear to stand still in their surroundings by “accelerating” their brainwaves in the real world. Unfortunately, there is a limit to how many times a person can accelerate due to Brain Burst points and the primary way to get more points is to fight and defeat other Brain Burst users in the program’s virtual reality massive multiplayer online (VRMMO) fighting game. However, if a user loses all of his/her points the Brain Burst program will uninstall itself and block all re-installation attempts, thus permanently removing the user’s ability to accelerate. In addition, the program can only be given once, however, the installation may fail if the conditions are not met, which are having the Neuro Linker from birth and certain brain speed reaction.

Kuroyukihime wants Haru’s help as she wishes to reach Level 10 and meet the creator of Brain Burst to learn its true purpose. But in order to do that, she must defeat five other Level 9 users who just so happen to be “The Six Kings of Pure Color”, the leaders of the six most powerful factions in the Brain Burst world. For helping him, Haru agrees to help Kuroyukihime not only to repay her but to overcome his weaknesses.