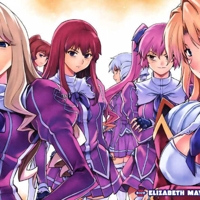 Set in a slightly futuristic world, Earth has been invaded and is at war with aliens from another dimension called the Nova. In order to counter them, Pandoras and Limiters, genetically modified girls with super fighting skills and their male partners who use special “freezing” powers to limit their opponent’s mobility, are made to fight against the Nova. The series focuses on Kazuya Aoi, a Limiter whose late sister was a Pandora, and Satellizer el Bridget, a powerful Pandora with a cold personality, both who are enrolled at the West Genetics Academy, one of the many academies where Pandoras and Limiters are trained. In spite of the warnings of all his friends about Satellizer, who has intense aphephobia, Kazuya decides to be her friend and Limiter. The story follows Kazuya’s friendship with Satellizer, the students of the Academy and Earth’s war against the Nova.

Amazon
Anime Rating
7.9/10
1242 users added this.
Similar in these categories.