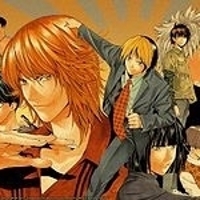 While exploring his grandfather’s shed, Hikaru stumbles across a Go board haunted by the spirit of Fujiwara-no-Sai, a fictional Go player from the Heian era. Sai wishes to play Go again, having not been able to since the late Edo period, when his ghost appeared to Honinb? Sh?saku, an actual Go player of that period. Sai’s greatest desire is to attain the Kami-no-Itte (????) – “Divine Move”, or the “Hand of God” – a perfect game. Because Hikaru is apparently the only person who can perceive him, Sai inhabits a part of Hikaru’s mind as a separate personality, coexisting, although not always comfortably, with the child.

Urged by Sai, Hikaru begins playing Go despite an initial lack of interest in the game. He begins by mimicking the moves Sai dictates to him, but Sai tells him to try to understand each move. In a Go salon, Hikaru defeats Akira Toya twice, a boy his age who plays Go at professional level, by following Sai’s instruction. Akira subsequently begins a quest to discover the source of Hikaru’s strength, an obsession which will come to dominate his life.

Hikaru becomes intrigued by the great dedication of Akira and Sai to the game and decides to start playing solely on his own. He is a complete novice at first, but has some unique abilities to his advantage; for instance, once he has a basic understanding of Go, he can reconstruct a game play by play from memory. Through training at Go clubs, study groups, and practice games with Sai, he manages to become an insei and later a pro, meeting various dedicated Go players of different ages and styles along the way. While Hikaru is at this point not yet up to the level of Akira, he demonstrates a natural talent for the game and remains determined to prove his own abilities to Akira, Sai, and himself.