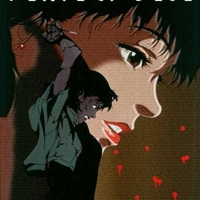 The film is a psychological thriller about Mima Kirigoe, a member of a Japanese pop-idol group called “CHAM!”, who decides to pursue her career as an actress. Some of her fans are displeased with her sudden career change, particularly the stalker named Me-Mania. As her new career proceeds, Mima’s world becomes increasingly reminiscent of the works of John and Peter: reality and fantasy spiral out of control, and Mima discovers that Me-Mania is the least of her troubles.

Loosely based on the novel of the same name by Yoshikazu Takeuchi, the film was directed by Satoshi Kon. 1998.