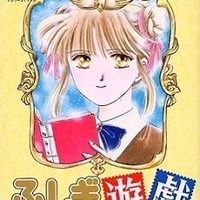 Fushigi Yûgi: The Mysterious Play (?, Fushigi Y?gi?) is a Japanese manga series written and illustrated by Yu Watase. It was originally serialized in Sh?jo Comic from May 1992 through June 1996. The manga series was given an English language release in North America by Viz Media, which started in 1999. Spanning eighteen volumes, Fushigi Yûgi tells the story of two teenaged girls, Miaka and Yui, who are pulled into “The Universe of the Four Gods”, a mysterious book at the National Library.