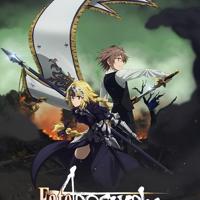 After many years of silence, around the same time as the Fifth Holy Grail War would have happened, the Yggdmillennia, a family of magi, openly declares their secession from the Mage’s Association, and that they are in possession of the Grail. The Association dispatches fifty magi to retrieve it, and all but one are instantly slaughtered by a mysterious Servant. The one remaining manages to activate the reserve system of the Greater Grail, allowing for the summoning of fourteen Servants in total.