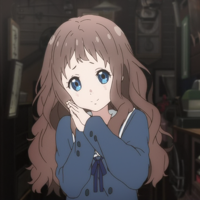 Your username pulled me in and your profile got me interested. I'm pretty shy and bad at meeting people. So, it might be a tad awkward and rocky at first, but at least we can relate to each other.

Ok, good night! Yeah, I watch all different types of anime but I have a taste for the dark edgy stuff that is often too depressing or intense for many. A good example, check out a VN called Saya no Uta (Song of Saya). You can play through the 4 or so endings in about 4-5hrs. I love it.

Ha! Yeah I'm older but I like to pretend I'm not since I prefer to be in denial about my age. NO! I don't want to get any older! At least I look younger than I am and hey, my last gf was 18, lol.

I actually never listened to Paul Anka so I don't know.

Girls are lots of fun but emotionally draining too. My problem now is it's so hard to find any girls I really want a relationship with and I tend to fall for the younger girls.

Yeah, I've always been interested in photography and video but good equipment is expensive (but much cheaper now than it used to be).

Same artist as Lain and looks very much like her (I've always wondered if the artist was in love with a girl like that). But that is Ran from Texhnolyze: https://myanimelist.net/anime/26/Texhnolyze
https://myanimelist.net/character/2743/Ran
I kind of fell in love with her character. That anime is both very intense and very surreal. There is a very powerful emotional subtext to that anime that some people get and some don't. If you don't get it you won't get much out of that anime. It's so different from most.

Also, this profile is my 2nd profile I created when my 1st got a temp ban. I just got fond of using it, my first profile has more info: http://maiotaku.com/p/vampire_neko

Well, I think it's mostly the energy level and positive vibe you give off that contributes most to your charisma. That energy and particularly motivation has been one of my weak points which I've slowly been working on. I've always had ideas for various things but had trouble with motivated myself to work on those ideas.

Ha! I used to listen to Madonna and Michael Jackson ages ago, from about mid 80's till early 90's until I hit puberty and got into Nirvana and from there just progressed to darker angrier music and I went through a heavy goth/metal phase after high school and I still prefer that style of music. I was raised by my Catholic grandparents so I guess I kind of rebelled after I moved out, dated exactly the kind of girls they warned me about and such. Dropped out of college and sort of did my own thing, traveled lots, was homeless for short periods of time. (I never really got into the drug scene though). I just always wanted to do my own thing on my own terms. My grandparents always tended to push me into doing things.

Currently I'm making chainmail (maille) jewelry and when I build up some stock I'll start selling on Etsy or something and see how that goes for a bit. I want to use that to fund other craft projects too. I'm looking to buy a good camera that's equally good for photos and 4k video and I'm thinking of working on documentaries to eventually fund some indie film projects.

I don't frequent it but I've posted in there a few times. saw one of my posts?

This may seem weird, but it's just an observation. You have a particularly charismatic writing style that strikes me with almost everything you write. With an energy level that borders on hyperactive but with a particular flair that suggests you could be a very successful writer if chose to you apply yourself in that way. It also suggests an above average intellect. I'm rather curious about your hobbies and interests, though I saw you mention about drawing.

I did tye myers briggs test also got an INFJ. Took in ages ago in 2011 then again in 2014 and got the same result.

Thank you, I was going tor very classy. How long have you been drawing