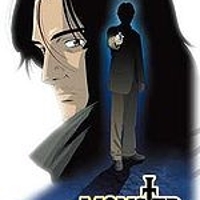 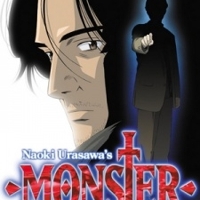 The series follows Dr. Kenzo Tenma as he pursues a young psychopath/sociopath named Johan, whose life Tenma had once saved. The story rapidly progresses through a number of locations: it starts in Düsseldorf, Germany, passes through Berlin, Frankfurt, Munich, Wiesbaden, cities in the Czech Republic such as Prague, and other cities and villages.

Both the anime and the manga begin with a passage from The Revelation of St. John the Divine, Chapter 13: Verses 1 & 4:

The text on the cover of the first volume reads as follows:

“Düsseldorf, West Germany in 1986. One day, Dr. Kenzo Tenma ignored his boss’s order and executed a humanitarian rescue of a man’s child. That’s how this horrible story begins!!”

Dr. Kenzo Tenma is a young Japanese doctor working at the Eisler Memorial Hospital in Düsseldorf during the 80s. A highly accomplished brain surgeon, he appears to have everything on his plate: a promotion in the offering; the favor of the director of the hospital Heinemann; and Heinemann’s daughter Eva as his fiancée. However, Tenma grows increasingly dissatisfied with the political bias of the hospital for treating patients, and seizes his chance to change things after a strange massacre brings the twins Johan and Anna Liebert into his hospital. Johan has a gunshot wound to the head and Anna keeps muttering about killing, and Tenma decides to operate on Johan instead of the mayor of Düsseldorf, who