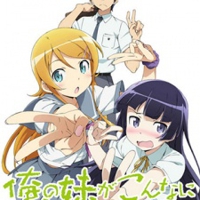 Living on the shadow of his prodigious younger sister, Kyousuke Kosaka conducts a normal lifestyle until he accidentally finds out that she hides a secret. In addition to being smart, pretty, and popular; Kirino Kosaka is also an obsessive consumer of anime and eroge (adult computer games). After being assured that Kyousuke is committed to not mock her and keep this concealed from their parents, she starts to share a bit of her world with him. Kirino faces several problems as she tries to keep the appearances and balance her exemplar school life with her hobbies. Her brother then becomes a crucial ally while dealing with all the difficulties that lie ahead.