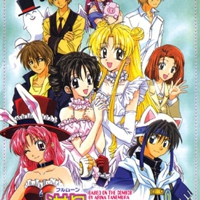 Twelve-year-old Kouyama Mitsuki was devastated when she was diagnosed with a malignant tumor of the throat. She had made a promise to the boy she loves that she would one day become a singer, but her illness made singing impossible. To make matters even worse, two angels of death, Takuto and Meroko, appeared to Mitsuki and informed her that she only had one year left to live. This news provides an even greater motivation for Mitsuki to fulfill her dreams, and with a little bit of divine intervention, she begins her quest to become a professional singer so she can be reunited with Eichi before time runs out.