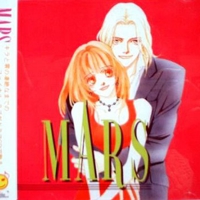 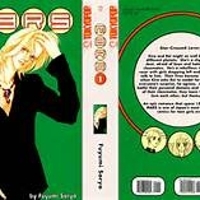 Kira Aso and Rei Kashino meet when Rei asks Kira for directions to a local hospital one day in the park, but instead of telling him the directions she draws him a map and hands it to him without saying a word. On the back of the directions is a picture Kira drew of a mother and child. On the first day of school they are both surprised to find that they are in the same class. Later Rei walks in on their teacher sexually harassing Kira. Rei promises to protect Kira in exchange for a painted version of the sketch that was on the back of the map. He also offers to “lend Kira his body” and she asks him to model for her.

[edit] Characters
Kira Aso (?? ?? As? Kira?) is a timid teenage artist who lives with her mother and is Rei’s love interest. Her father died in a car accident involving a motorcycle gang when she was ten years old. Her stepfather raped her when she was fourteen years old; due to the trauma caused by the experience Kira becomes a withdrawn and timid loner. When Kira’s mother finally discovers what has happened she separates from her husband, and begins living alone with Kira.
Rei Kashino (?? ? Kashino Rei?) is an extroverted playboy who rides motorcycles on the professional circuit with dreams of becoming a professional racer. Despite his dark and mysterious past, he remains cheerful and other people are easily drawn to him. After modeling for Kira, the unlikely pair begin to fall in love. In Junior high his younger twin committed suicide right in front of him leaving deep scars. He had tried to kill Kira’s step-father but that wasn’t his first attempt to kill someone was when he was in LA in elementary school when he tried to shoot the boy that had been bullying his brother. That is he would have killed him if the gun was loaded
Tatsuya Kida (?? ?? Tatsuya Kida?) is Rei’s best friend who also had a crush on Kira while they attended junior high together.
Harumi Sugihara (?? ?? Sugihara Harumi?) is a female classmate of Kira and Rei’s. She’s been