Legend Of Zelda [All Games] [TV] 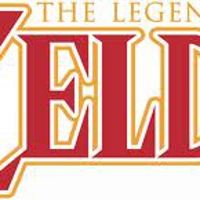 The Legend of Zelda was the very first Zelda game released. It centers its plot around a boy named Link, who becomes the central protagonist throughout the series. It came out as early as 1986 for the Famicom in Japan, and was later released in the western world, including Europe and the US in 1987. It has since then been re-released several times, for the GameCube as well as the Game Boy Advance. The Japanese version of the game on Famicom was known as Hyrule Fantasy: The Legend of Zelda, abbreviated as HF. Some use this title to keep people from getting confused with the other games in the series. Also the NES cartridge for The Legend of Zelda was formatted in 1987, with an internal battery to facilitate game saves.

The game itself introduces a new level of gaming, one that includes roleplaying, action, adventure, and puzzle/logic.
Dungeon Exploration
Barring Link’s progress are creatures he must battle to locate the entrances to nine underground dungeons. Each dungeon is a unique, maze-like collection of rooms connected by doors and secret passages and guarded by monsters different from those found on the overworld. Link must successfully navigate each dungeon to obtain one of the eight pieces of the Triforce of Wisdom. Dungeons also hide useful items, such as a boomerang for retrieving items and stunning enemies, and a recorder with magical properties. The first six dungeons have visible entrances, but the remaining three are hidden. Except for the final dungeon, which cannot be entered until the previous eight have been completed, the order of completing dungeons is somewhat arbitrary, but many dungeons can only be reached using items gained in the previous one.
Overworld Exploration
Nonlinearity, the ability to take different paths to complete the game, separated Zelda from its contemporaries. Link can freely wander the overworld, finding and buying items at any point. This flexibility enables unusual ways of playing the game; for example, it is possible