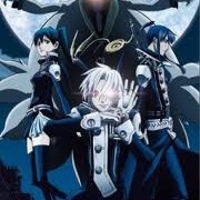 Allen Walker, a young man with a cursed eye, lives to destroy a weapon known as Akuma. These weapons created by the Milleneum Earl are sent out by his command to purge the world from humans. Allen Walker uses an anti-akuma weapon, Innocence, to counter the Earl’s attempts at destroying humanity. He travels to the Black Order by his mentor’s directions. There he meets with others who also fight against the Milleneum Earl’s plans. But more questions start to appear as Allen and his friends move further along to reach their goal. And these questions that seem to connect to Allen’s past.