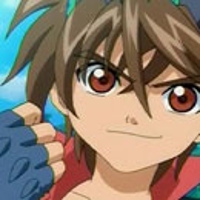 One day, a flood of magical cards rained down from the sky and were collected by unsuspecting children. Unaware of the great power of the cards, the children created an exciting new game called Bakugan Battle Brawlers – but once they began to play it, they discovered that the monsters were real! Now Daniel and Drago must try to save Vestroia, the home dimension of the monsters in their new game. To make matters worse, they also have to contend with the mysterious player known as Masquerade, who has been taking other players’ Bakugan from them.