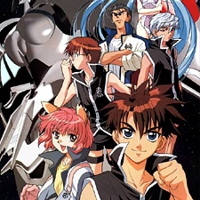 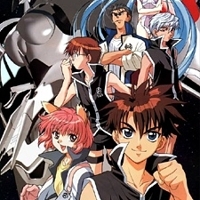 In the future humankind has expanded and colonized other planets. Then an alien species, Victim, attacks the human colonies leaving only one planet, Zion. In an effort to stop Victim from destroying the last planet a training school, GOA, is set up to gather boys from the Zion colonies and train them to become pilots of the Ingrids AKA The Goddesses, five fighting robots that protect Zion. The boys must possess a rare blood type, EO , as well as a special ability, or EX. Zero (Candidate 88) has just arrived in GOA when he falls into the cockpit of the Ingrid Eeva-Leena. Since the synch between pilot and Ingrid are very sensitive everyone believes the Goddess will kill Zero in an attempt to synch. Just before Zero passes out he makes a full synch with the Goddess. Before he can find out more about the incident, his pilot training begins. -Via MyAnimeList.net