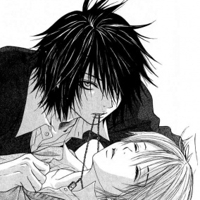 Yuiko Kubozuka is a high school girl who loves animals. Unfortunately, animals hate her and flee from her whenever possible. So when a new classmate, Leo Aoi, turns out to be a scary guy who resembles a wild animal than anything human, she is intrigued. Not only because Reo has an affinity with animals which she envies, but also because he isn’t the wild animal that he seems to be. He seems to hide a very sweet disposition behind his scary features.

Or so she thought. The truth is revealed when they are attacked and Leo immediately behaves like a wild animal and gets violent like a blood-thirsty animal, just to save Yuiko.

Will Yuiko be able to tame this wildest of all animals or will he be just like the others and flee from her? Or the better question, will she flee from him?