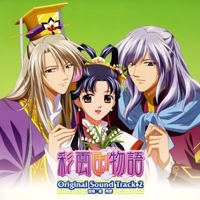 Saiunkoku is a world of eight provinces or houses, each named after a different colour. The new Emperor, Shi Ryuuki, has gained for a reputation for being uninterested in courtly matters and for flaunting his love for men. Shuurei, although born of the important Kou family, has difficulty making ends meet. She easily accepts an invitation to be the Emperor’s concubine in order to turn him into a good ruler. The mysterious Seiran, a young man who was adopted by her father, goes with her as Ryuuki’s bodyguard. Entering the imperial palace revives Shuurei’s dream of being a court official, and, together with the many companions she meets along the way, continues moving bravely forward while trying to fend off the Emperor’s advances

Amazon
Anime Rating
8.5/10
328 users added this.
Similar in these categories.