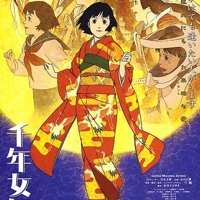 The film depicts a director, Genya Tachibana, who is working on a documentary about a famous actress, Chiyoko Fujiwara. In her old age, Chiyoko has withdrawn from public life, but Tachibana slowly draws her out. As he talks to her, the story of her life, from teenage schoolgirl to middle-aged superstar, gradually unfolds, illustrated through flashbacks interspersed with segments from her films. Her life spans the tumultuous period surrounding World War II, while her characters in movies span a time period from the Sengoku period to a futuristic space age.

The narrative style is complex and interwoven in the style of “play within a play”.