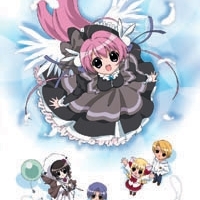 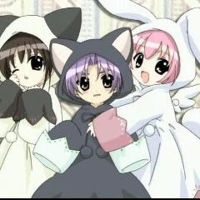 Kotaro starts out as pretty much your usual kid although he lives alone with his father, which forces him to take over some of the chores at home, such as cooking and cleaning. But what starts out as a usual morning changes drastically as he opens his front door to be confronted by a girl named Misha dressed in a voluminous dress and a tendency to shout rather than speak. Kotaro attempts to escape, but this new next-door neighbor is quite persistent…this is the beginning of Misha’s stalking of Kotaro. Even though she is a Junior High School student she has chosen Kotaro as her victim and hounds him all day long.