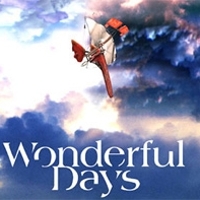 In the year 2142, The Earth has deteriorated into a murky hell due to an environmental disaster. An elite group of humans has built a fortified, “self-growing” city called Ecoban that converts the surrounding pollution into energy. Meanwhile, hordes of downtrodden survivors subsist outside the city in sprawling hovels under perpetually dark and cloudy skies. As the pollution levels slowly fall off, though, the threatened Ecoban leadership hatches the dastardly plan of wrecking the world beyond the city to secure more pollution for energy.